Visit to the orphanage!

I finally managed to get out to the orphanage on Sunday. On Saturday Funmi took me to a big plastics factory (another story!) and I got 5 little tables and 12 children,s chairs. We took these with us and also a big birthday cake! It was Sharon's birthday so we had a little party at the orphanage and all the children sang 'Happy Birthday' to her. Things are improving rapidly at the orphanage as the photos show.

The children enjoyed playing with the toys on the tables. I asked the staff to let them keep the toys out all the time. They were worried that wewaould be cross if the toys got dirty or broken! We told them we didn't mind if they were we just wanted the children to play with them and be happy! 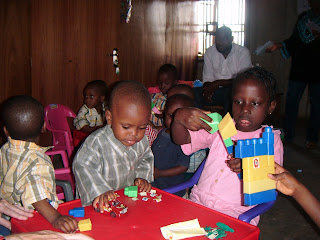 The children love playing with the bricks. 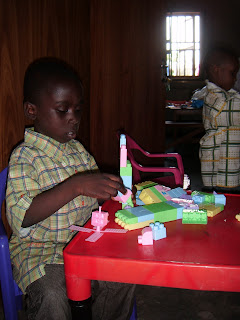 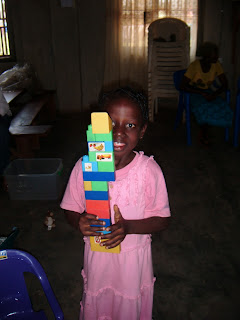 Grace was very proud of her tower. 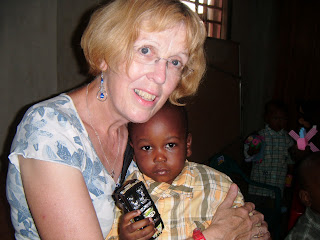 David wanted lots of hugs and loved the toy car. There was a lot of fighting over the cars but we are taking more cars and a track later in the week. 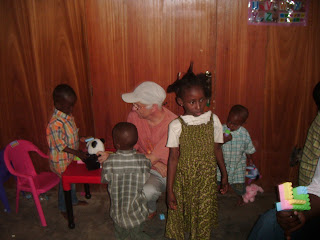 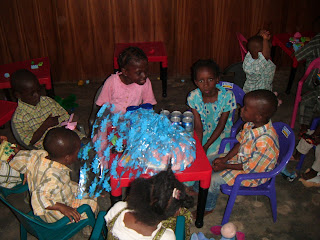 As soon as we put the cake on the table the children sat and just stared at it! 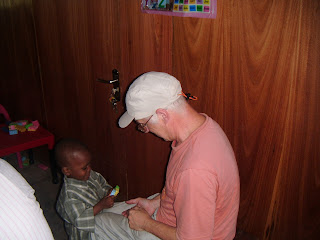 Lea was a big hit with Peter. 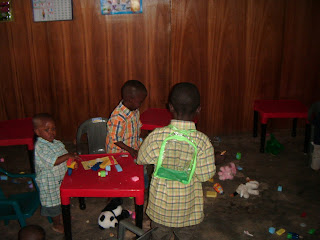 Gideon loved the back pack the bricks were in! 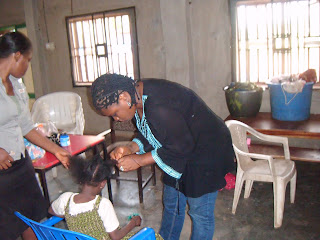 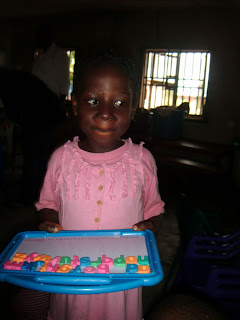 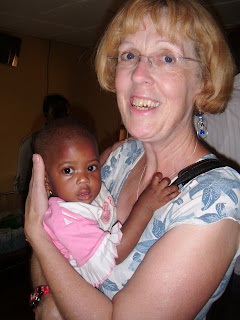 Baby Gift had grown and is so beautiful. 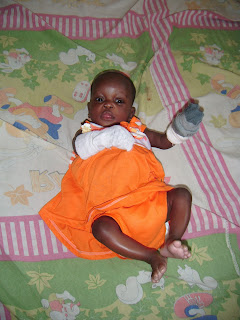 Patience has been ill but is recovering well and was smiling a lot! 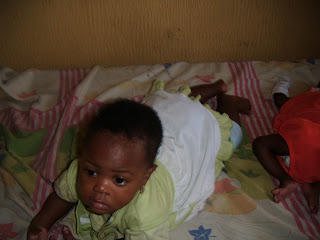 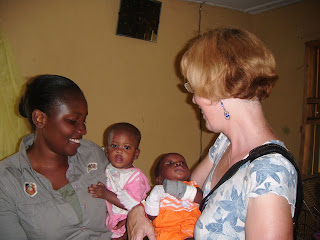 Love is the administrator and showed us the new rooms for the babies. The babies have now got their own room but a new nursery is being built for them. When they move into the new nursery they will all have a cot each. At the moment there is not enough room to do this. 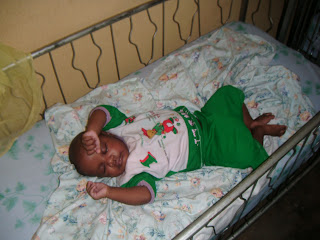 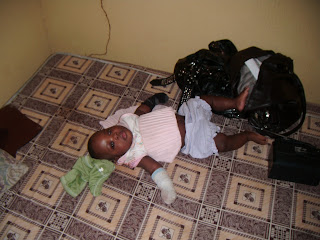 Hannah was found abandoned in a village. Her mother had left a note with her saying she could not look after her. Hannah is the only 'real' orphan as the others have  parents who have brought them here. 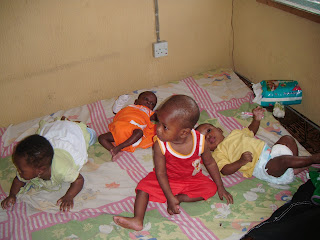 The babies were crawling around the bed but they liked the toys too! 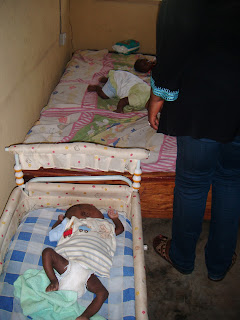 Baby Ayo is the youngest here.
Posted by Caroline Knowles at 06:57